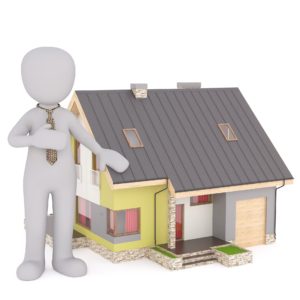 Modern British men splash out more on styling their homes than women, according to a new poll.

New research has found that the average male forks out £1,304 a year on soft furnishings, scented candles and homeware, while women spend slightly less at £1,141.

Some 87% of men say they are far more interested in home décor and domesticity than their father’s generation ever were, with 37% stating that their own dad would never have taken an interest in the style of the home.

In fact, nearly half of British males (47%) reckon they now have a better eye for style than their partner – with eight in ten (85%) claiming they are actively involved in all aspects of the interior design of their home.

A total of 48% of men now regularly shop for scented candles, while 54% purchase cushions – and 47% choose pot plants to make their homes more attractive. The study also found that the average male will shop for wares for the home at least three times a month – with artwork, throws and fresh flowers among the top purchases.

More than half of men (53%) said they spend more money on things for their home than they do on technology, clothes and nights out.

But blokes’ input comes at a cost. Three in ten men (30%) said they have experienced a dispute with their other half in a furniture shop or DIY store because the pair couldn’t agree on something.

The survey also reveals that one in five couples (20%) regularly argue about how to make the bed correctly, with 14% having even argued over where to hang a picture. Which wallpaper to choose, which towels to use when guests come, and failing to plump sofa cushions are other common disagreements that couples face.

Some 85% of single men polled believe they are much more likely to attract a partner if they have a stylish and well put together home.

Alan Kemp, head of marketing for Graham & Brown, said: “It’s been our experience that women are more involved with the interior styling of family homes than men are. But our research reveals this isn’t always the case and, in fact, British men are more involved in choosing items like wallpaper, soft furnishings and homeware than ever before.”

A further 35% of men said the only aspect that their father would get involved in would be on the practical side, like painting walls, hanging wallpaper or assembling furniture.