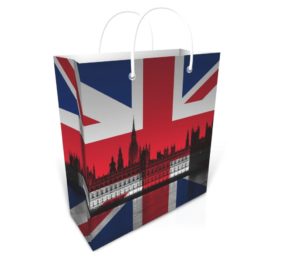 Spending by shoppers visiting the UK from the US grew by 30% this March compared with the year-ago period, according to tourism shopping tax refund company Global Blue.

Shoppers from the States now take a sizable 7% of the total tax-free sales in the UK – and in 2018, 54% of international globe shoppers landing in Europe were from the US.

Derrick Hardman, Global Blue managing director UK & Ireland, said: “This 30% boom in spend is due to several factors both in the UK and the US, combining to make the UK a particularly desirable location for Americans to shop.

“One factor is the strength of the dollar to the weaker pound, allowing US shoppers to make their money go further on British soil when shopping tax-free. Our insights reveal that American shoppers spend an average of £930 per tax-free transaction, demonstrating that US visitors aren’t afraid to spend big during their time in the UK. Lower cost flights between the US and Europe are also a contributory factor.”

Further data from Global Blue reveals that it is quintessentially British brands that are huge draws for international shoppers, with spend share being highest amongst British brands, followed respectively by Italian and French brands.

Derrick added: “The ‘Meghan effect’ has contributed to the growing desire for British brands amongst US visitors. The Duke and Duchess of Sussex provide the perfect combination of a British royal and US celebrity and as such, the royal marriage amplifies desirability to purchase luxury British brands worn by Meghan.”