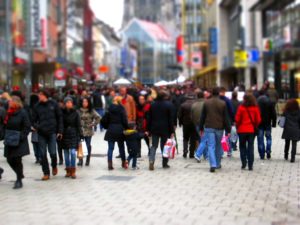 Retail sales in May hit ‘the biggest decline on record’ according to the latest figures from the British Retail Consortium (BRC)-KPMG.

Covering the four weeks from April 28 to May 25, the BRC-KPMG retail sales monitor reports that on a total basis, sales decreased by 2.7% in May. Excluding Easter distortions, this is the worst decline since this record began in January 1995. This was against an increase of 4.1% in May 2018 – itself a four year record. The decline drags the 3-month and 12-month average increases down to 0.2% and 0.9% respectively.

Like-for-like sales decreased by 3%, compared with an increase of 2.8% from the preceding year. This was the steepest like-for-like decline since December 2008, excluding Easter distortions.

BRC chief executive Helen Dickinson OBE said: “With the biggest decline in retail sales on record, the risk of further job losses and store closures will only increase. While May 2018 offered almost unbroken sunshine, topped off by the run up to the World Cup and the [royal wedding] of Meghan and Harry, May 2019 delivered political and economic uncertainty.

“With retail conditions the toughest they have been for a decade, politicians must act to support the successful reinvention of our high streets and local communities. Business rates remain a barrier, preventing many retailers from investing in their physical space. We have a broken tax system, which sees retailers paying vast sums of money regardless of whether they make a penny at the till, and yet the government is failing to act. The legislation is falling behind the technological revolution.”

KPMG UK head of retail Paul Martin added: “April may have provided retailers with some light reprieve thanks to Easter, but May’s staggering fall of 3% like-for-like is a stark reminder of the industry’s ongoing issues, which for many require urgent attention. We are of course comparing this month’s growth against a stellar May in 2018, but even the 3-month average – which softens the monthly volatility – demonstrates that achieving growth in retail remains a real struggle.

“The Bank Holiday weekends gave rise to added interest in furniture and homewares, as shoppers set about making home improvements. However, the weather did little to convince fashion-minded shoppers to refresh their seasonal wardrobes.

“The extremely low growth online is real cause for concern, especially with almost a third of all non-food sales today being made online. This trend has continued to manifest itself over the last year and requires real focus from the retail community.”

Share
Previous Gifting sales up 5.5% at John Lewis
Next Take part in the June issue of Housewares Magazine