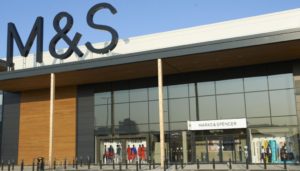 Marks & Spencer (M&S) has announced that six of its stores will close by the end of April, with a further eight proposed for closure.

The retailer said staff from the six stores at Birkenhead, Bournemouth, Durham, Fforestfach, Putney and Redditch will move to nearby branches.

M&S said 468 colleagues are affected by the proposals and will enter a period of consultation. Should these stores close, in the first instance all colleagues will be redeployed or offered redeployment at other stores before redundancy is considered.

The company has also reassessed and reduced its Simply Food opening programme, and plans to open a total of 36 owned and franchise stores over the next six months.

New locations will include Broadstone, Streatham Hill and St Albans. These stores will sell M&S food and drink and offer ‘collect-in-store’ for clothing and home. The 36 stores will create 1,200 management and customer assistant roles.

Two stores are also due to relocate, at Newry, (Northern Ireland), and Dover, (Kent) They will convert from clothing and food stores to foodhalls.

Sacha Berendji, director of retail at Marks & Spencer, said: “We’re committed to transforming M&S for our customers, colleagues and shareholders. Stores will always be an integral part of our customer experience, alongside M&S.com, but we have to ensure we have the right offer in the right locations.

“We don’t want any colleagues to leave M&S and we will work with each colleague individually on what is best for them as we endeavour to give everyone a role. However, we accept that in some cases we may have to consider redundancy.

“We believe these changes are vital for the future of M&S and we will continue to accelerate the programme, taking tough but necessary decisions, as we focus on making M&S special.”

M&S said in November 2016 that it intended to reposition about 25% of its clothing and home space through a combination of closures, downsizes, relocations and conversions to food-only stores.