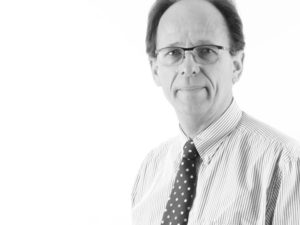 Key industry figure Richard Plant officially retired from his role as sales director of housewares supplier Kitchencraft at the end of May.

Bearing the family name, Thomas Plant (Birmingham Ltd) – or KitchenCraft as it is now known – has been a fundamental part of Richard’s life for 43 years.

As a young boy he regularly went into the office to help his dad and grandfather sow the seeds for the business they have today. Together with his cousin Peter, brother Andrew and nephew Daniel, they grew the company further. It is now one of the UK’s largest suppliers of kitchenware.

Richard has decided it is an excellent time to retire and enjoy the many other interests he has wished to pursue but never had enough time to do so.

Richard said: “Although very much looking forward to retirement, I will miss the passion and enthusiasm I have encountered amongst customers and other suppliers for what is a fabulous industry to work in.

He continued: “The industry, the customers, the company and my colleagues have been my life so far and I will miss you all very much.”

Following Richard’s retirement, Darren Nickolls has taken over as sales director. Darren has been working alongside Richard for the past 15 years, joining KitchenCraft as a regional sales representative and most recently as head of national accounts.