KitchenAid named ‘number one mixer brand in the world’

8th January 2018 News Comments Off on KitchenAid named ‘number one mixer brand in the world’ 2,708 Views 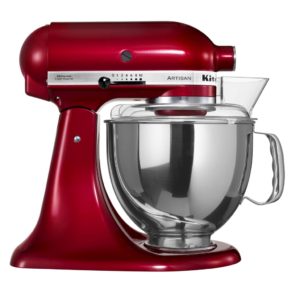 KitchenAid has been ranked ‘world number one’ in the mixer category of the Euromonitor Consumer Appliances Report 2017.

The rating is based on retail volume sales of both stand mixers and hand mixers from 2012 to 2017,

Janne Freygang, KitchenAid brand & PR manager for the EMEA region, commented: “KitchenAid is already a multi award-winning brand and the recognition of being the number one mixer in the world is a real mark of distinction. It’s terrific to have confirmation that KitchenAid can be found in so many homes, helping families to reach their culinary potential.”

The company introduced its first stand mixer in 1919 and its first dishwasher in 1949. The brand now offers a range of utensils and large and small appliances, aimed at the passionate gourmet. The KitchenAid brand celebrated its 90th anniversary in 2009 and forms part of the Whirlpool Corporation.