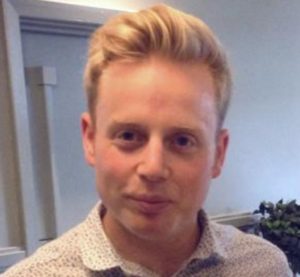 This year is the 175th anniversary of the housewares and home improvement charity Rainy Day Trust (RDT) and to mark the event, RDT has set itself a goal: to get 175 people in the industry to raise £175 each, to help fund the charity’s continued work.

One of the first to sign up to the #challenge175 initiative is Joseph Joseph territory manager for London and the south of England Henry Thomson, who has pledged to run 5k every day for 175 consecutive days from Monday (February 19) to August 13.

He said: “The reason I want to take on this challenge is because in the last year or so I’ve seen how hard life can be sometimes. We have a new baby (that’s the nice bit!) but with that, comes a drop in household income, rising costs, and the struggle of juggling life and work. Doing something like this will help me personally – and may also lead to helping others, by getting the message out there about what the Rainy Day Trust can do.”

Henry will be tracking his progress on the Strava GPS Running App and taking a few selfies on the way. Sign up to support him on his JustGiving page at https://www.justgiving.com/fundraising/henrythomson

RDT ceo Bryan Clover is delighted with the industry’s early response to #challenge175. “Henry has been one of the first to get his fundraising started and it’s such a brilliant idea,” he said. “A lot of people signed up to the initiative at the Spring Fair. Some, like Henry, knew what they wanted to do; others have said they’re up for the challenge, they just aren’t sure what they will do yet!”

“Of course, more than 175 people can take part and they can raise as much as they like over the £175 target. Ideas to think about can be anything from hosting a coffee morning and cycling to work instead of driving, to climbing a mountain or running a marathon.

“Since its creation in 1843, RDT has been providing invaluable help to thousands of people, young and old alike – from supporting apprentices through their training, to giving retired employees that ‘little extra’ that they need to face retirement with dignity.”

Share
Previous Gtech sponsors Channel 4’s Googlebox
Next Judge Kitchen Textiles – for when things start hotting up in the kitchen.