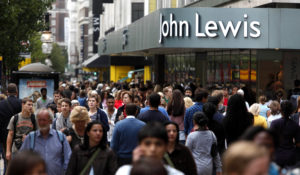 John Lewis has taken the next step towards opening its first ever shop in Oxford by announcing the appointment of long-standing employee Julie Blake as branch manager.

Julie will be responsible for the overall success of the 120,000sq ft store, which opens in October 24 alongside other shops in the £440m Westgate Oxford development.

The branch represents an £18m investment in Oxford by the department store group.

As branch manager, Julie will lead around 300 staff, including sales assistants and specialist advisers.

She has been with John Lewis for over 30 years, having started as an A-level management trainee at the retailer’s Reading department store.

She went on to spend time as general manager, selling, at John Lewis’ flagship Oxford Street store in London, where she was responsible for seven selling floors as well as PR, marketing and visual merchandising for the branch.

Julie has been at the helm of many John Lewis shops, undertaking the role of branch manager at John Lewis Watford, John Lewis Solihull and most recently, John Lewis At Home in Newbury.

Commenting on her new role, Julie said: “As someone who works in the surrounding area, I’ve been following the plans for John Lewis Oxford very closely.

“I am beyond excited to be appointed branch manager for our first Oxford shop and to play a role at Westgate Oxford, which is set to become a spectacular retail and leisure landmark in this iconic city.

“I began my own career with this business and I can’t wait to start building a fantastic team of new Partners [staff] to deliver the outstanding customer service that John Lewis is known for.’

John Lewis Oxford will begin accepting job applications for section managers this month with other roles to follow.