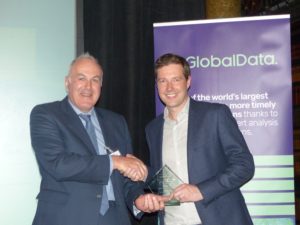 Maureen Hinton, global research director at GlobalData Retail, said: “The top three winners prove that consumers respond well to retailers that make customers the heart of their business. It also highlights the prominence of online in the way we shop in the UK now.”

GlobalData Retail said: ‘AO.com has continued to invest in its customer service capability by launching its ‘track my order’ app, as well as increasing brand awareness through its summer 2016 next day delivery marketing campaign.

‘AO.com also diversified its proposition this year by entering the computers and tablets market, which will help the retailer appeal to a broader customer base.’

Disappointingly for Waitrose, its 12-year run as best food retailer ended with the grocer dropping into third place, while both Marks & Spencer and discount retailer Aldi moved up one position to take first and second place respectively.

GlobalData Retail commented: ‘The absence of all of the big four retailers in the top three [places], marks the polarisation of the grocery sector, with consumers choosing to treat themselves occasionally at premium supermarkets, and trade down to discounters such as Aldi and Lidl for everyday value.’

The overall retail survey covers 10 core retail sectors, as well as an overall and in-store satisfaction award, and measures satisfaction based on consumers’ recommendations.

In the online survey, which produces the Best Online, Best Fulfilment, Best Online Experience, and Best Click & Collect awards, shoppers were asked where they made their last online purchase and how satisfied they were with the purchase across six areas. The retailer with the highest average rating was considered to have the most satisfied customers.

GlobalData plc is a market research company formed in early 2016 following the consolidation of a series of well-established data and insights solution providers including Verdict and Conlumino.