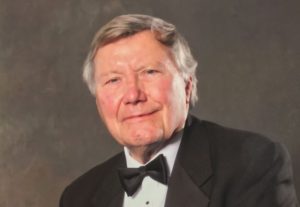 John Fewings, honorary president of Home Hardware, passed away on February 24, following a stroke. He was 83.

John was one of the early members of buying group Barnfords in 1963 which later became Home Hardware South West. He served as a director for many years before becoming managing director in 1982 and took on the role of chairman in 1986.

Although John retired as chairman in 2011 and became honorary president, he continued to take a strong interest in the company and often attended trade shows and board meetings.

The funeral will take place at St Peters Church, St Peter Street, Tiverton, Devon EX16 6RP next Thursday (March 8) at 1pm, followed by a burial at Stoodleigh Church. The family invites everyone afterwards to join them at Stoodleigh Village Hall.

For those wishing to make a donation in aid of John’s local Stoodleigh Church, these can either be given at the service or sent c/o funeral directors Walter H. Squires & Son, 11 Wellbrook Street, Tiverton, Devon EX16 5JW.

Home Hardware said: “John is leaving a legacy at Home Hardware that will be remembered for many years to come. Home Hardware members throughout the country are indebted to his vision, energy and commitment.

“He will be greatly missed, and our thoughts are with his family at this sad time.” John leaves behind wife Eileen and two daughters, Jillian and Debbie.