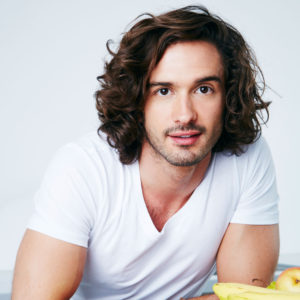 The BBC Good Food Show Summer returns to the NEC in Birmingham from June 15-18.

This annual consumer exhibition is sponsored by Lexus and organised and presented by River Street Events. It showcases a host of chefs and food experts, plus a selection of independent and artisan producers, alongside big name brands.

Each year the Show brings its Supertheatre experience to the NEC, giving a platform to some of the UK’s favourite chefs to cook live in 30-minute sessions.

2017 will see Michelin masters Tom Kerridge and Michel Roux Jr take to the stage and queen of baking Mary Berry back by popular demand, along with show favourite James Martin, Italian chefs Antonio Carluccio and Gennaro Contaldo, and Bake Off star Nadiya Hussain.

Joe Wicks (pictured), aka the Body Coach, will also be coming to the Birmingham show for the first time. The celebrity fitness expert will demonstrate his healthy dishes to the audience.

The line-up will include emerging chefs, restauranteurs and local experts too. ‘Eat Like a Local’ Supertheatre sessions will feature local chefs Luke Tipping from Simpsons in Birmingham and Adam Bennett from The Cross in Kenilworth.

The BBC Good Food Stage will also return. Sponsored by housewares retailer Lakeland, this drop-in stage brings ‘BBC Good Food’ magazine to life. Staff from the publication, including the editors, will take visitors through skills and techniques plus some of their seasonal recipes hot off the magazine pages.

Peppered in between demos, the BBC cookery team will host interviews from some of the most famous faces in the magazine.

There will be tasting and ‘try before you buy’ opportunities in the Producers’ Village, BBC Good Food Champions area, Eat Well Pavilion, and Drinks Cabinet, plus regional treats in the Ludlow Producer Market.

A team from the BBC will be filming at the event on Thursday (June 15) for a one hour anniversary special due to air later this year.

There will also be the unveiling of the much-anticipated Gardeners’ World Golden Jubilee Plant by Mary Berry. Other commemorations include the Anniversary Show Gardens packed with garden styles from the past 50 years and a birthday cake created for the Show exclusively by Nadiya Hussain.