Jo Brand to return to host ‘The Great British Bake Off: An Extra Slice’

21st April 2017 News Comments Off on Jo Brand to return to host ‘The Great British Bake Off: An Extra Slice’ 2,490 Views 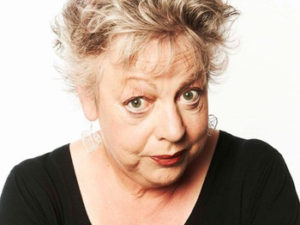 ‘The Great British Bake Off: An Extra Slice’ will follow all of the events in the Bake Off tent, showing exclusive footage and unseen moments.

Each week Jo will be joined by celebrity fans of the show who will offer their verdicts on each week’s bakes and debate their favourite baker. As the GBBO bakers leave the competition, they will appear alongside Jo to relive their best bakes and biggest mistakes.

Jo and guests will also get to sample some of the ambitious bakes created by members of the studio audience.

Jo said: “As a completely mediocre baker myself, but lover of all things spongy and tarty, I’m really looking forward to another Extra Slice and all the fun and frolics that brings.”

Meanwhile, Channel 4 has announced that Bake Off judge Paul Hollywood is set to host his own show focused on his baking career, with a working title of ‘A Baker’s Life’ ( https://housewareslive.net/paul-hollywood-to-star-in-new-baking-tv-series/ ).

Love Productions, the team behind ‘The Great British Bake Off’ who sold the rights to it to Channel 4 last year, will produce five hour-long episodes.

Channel 4 said the series will ‘not only showcase the skills and expertise that Paul has mastered, but will allow viewers to get to know more about the man himself’.