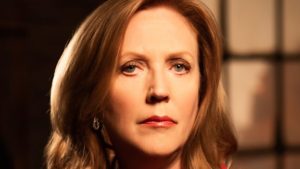 Jenny Campbell will step down as a Dragon at the end of the current series of ‘Dragons’ Den’ with her last episode airing on Sunday (February 3) on BBC Two.

The banker-turned-entrepreneur joined the Den in 2017. In the programme, budding entrepreneurs get three minutes to pitch their business ideas to five multi-millionaires willing to invest their own cash. During her time on the show, Jenny made several investments into businesses including a gin company, energy-switch website, hemp skincare producer and truck advertising firm.

She said: “Having been a fan of ‘Dragons’ Den’ since it first aired in 2005, I was absolutely delighted and proud to have the opportunity of becoming a Dragon myself. I have invested in businesses and entrepreneurs who I believe I can add real value to personally, and I look forward to working with each of them closely over the next few years.

“It has been a tough decision to step down but I now want to focus on my new role with the Prince’s Trust Enterprise Fellowship Programme, which supports young entrepreneurs in setting up and growing their own businesses, as well as help my sons Rik and Tom on their own entrepreneurial journeys.”

BBC Two controller Patrick Holland commented: “Jenny has been a brilliant Dragon and the audience has loved her sharp analysis and cutting wit. I want to thank her and wish her all the best with her next ventures. ‘Dragons’ Den’ continues to be a foundation stone for the BBC Two schedule with a re-energised visual approach, going from strength to strength with over 2.6 million viewers watching every week, and I look forward to the next Dragon to step into the Den.”

Casting for a new Dragon will take place ahead of filming for Series 17, which begins in the Spring, with ‘Dragons’ Den’ returning to BBC Two later this year.