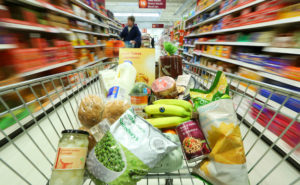 New research has revealed that there’s no such a thing as ‘one meal fits all’ at the British family dinner table.

Fussy eaters, varying tastes and clashing schedules means families have to prepare and cook multiple meals every day, according to new findings from Sainsbury’s.

The supermarket chain said this trend, which it dubs the ‘patchwork’ approach to making family meals, is contributing to millions of tonnes of food waste generated by households every year.

On average, parents make two different dishes for one meal time every day to accommodate the varying needs of the family, and a fifth make as many as three, according to research by the grocer.

Paul Crewe, head of sustainability, engineering, energy & environment at Sainsbury’s, said: “We understand the challenge that Brits face when it comes to juggling the differing eating habits of one household.

“Over a third (38%) of households waste food because of the varying needs of the family, which is why we want to help ‘patchwork’ families avoid binning food.”

*Meal plan: instead of meal planning by days of the week, plan by ingredients. If you have to buy certain foods for a particular dish, plan something for the next day that uses some of the same ingredients.

*Think ahead: if you’re cooking something for an evening meal that can be used for lunches, cook extra portions to use up all the ingredients so you cater for the week ahead.

*Freeze with ease: if only one family member likes a certain dish, freeze it into portions which can be defrosted the following week for dinner.

*Mix it up: if someone is a vegetarian, cook a meal to which meat can be added at the last minute.

Share
Previous ITV unwraps new consumer series: ‘How To Spend It Well At Christmas’
Next New cookshop opens in Dublin