‘Impressive increase’ in visitors at Ambiente

15th February 2019 News Comments Off on ‘Impressive increase’ in visitors at Ambiente 1,218 Views 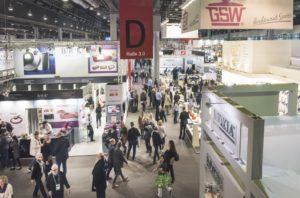 The five-day German trade show Ambiente, which closed on Tuesday (February 12), finished ‘in an excellent mood, with a rise in visitor numbers and a very upbeat atmosphere in the halls,’ according to organiser Messe Frankfurt.

In total, 85% of exhibitors hailed from outside Germany, making the 2019 edition of Ambiente ‘the most international one of all time’. Messe Frankfurt noted that: ‘Significantly, more exhibitors reached their targets for the trade show this year, making more contacts than the year before’.

Detlef Braun, member of the executive board of Messe Frankfurt, said: “At Ambiente, we can still feel the hustle and bustle of world trade, even if there are already quite a few signs of a downturn in the economic outlook.

“Using Ambiente as a trading hub, consumer goods manufacturers from the entire world target both local and regional markets – all over the world. Here in February, therefore, the signals are set for the entire year: 2019, and beyond. This was impressively borne out by the number of orders and the quality of both German and international buyers.”

The next edition of Ambiente will be held from February 7 to February 11 2020.