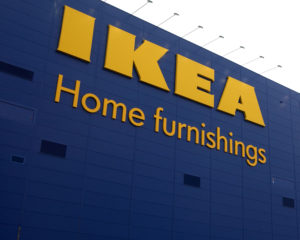 Home furnishings chain IKEA has announced that it will create over 1,300 new jobs in the UK by the end of 2018.

The news came as the home furnishings retailer celebrated the start of construction of its 21st UK store, in the Devon city of Exeter, last week (see separate story).

Gillian Drakeford, country retail manager for IKEA UK & IE, said: “This year we are celebrating IKEA’s 30th anniversary in the UK, and we are seeing more demand from customers for more stores in areas closer to where they live.

“As we continue to expand, we’re delighted to bring investment to new areas across the country and create new opportunities for local communities.”

These new branches will bring IKEA’s UK store total to 22 by the end of 2018 and staff total to approximately 11,700.

The retailer also has four Order and Collection Points which are smaller format stores.

Last November, IKEA announced its fifth consecutive year of growth in the UK with annual sales worth £1.72 billion and an 8.9% sales uplift.