Homesense gets ‘The Look of Love’ 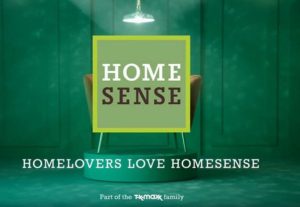 Created by independent London advertising agency Wieden+Kennedy, the promotion carries the strapline ‘Homelovers love Homesense’ and aims to ‘celebrate the love that the retailer creates in its customers for its unique and branded homeware’.

The push is spearheaded by three 20-second films, which will run until Christmas online and via VOD (Video On Demand), supported by nationwide out-of-home advertising.

Wieden+Kennedy said: ‘The spots ‘hero’ Homesense bargains, which get ‘The Look of Love’ from the retailer’s adoring customers.’

Homesense is part of TJX Europe, a subsidiary of TJX Companies, Inc. It launched in the UK in 2008 and has grown to a chain of more than 50 stores which operate an ‘off-price’ concept that offers branded homeware with savings of up to 60% less than RRP.

According to Homesense, these savings are passed onto customers through a combination of ‘opportunistic buying, established relationships with manufacturers and simple, no-frills operations’.

Share
Previous ‘Drowning in Plastic’ airs tonight on BBC One
Next Gino, Gordon and Fred take a road trip