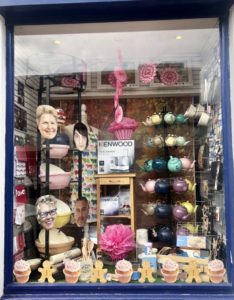 Threave Home Hardware in Castle Douglas is the winner of a themed ‘The Great British Bake Off’ window competition, organised by Home Hardware (Scotland) for its members’ shops

The winners will receive boxes of cupcakes, along with Tala baking equipment supplied by George East (Housewares) who sponsored the contest.

Home Hardware (Scotland) is a buying and marketing group owned by its members who all run their own stores. There are currently over 60 independent members’ shops throughout Scotland and the north of England. These stores include hardware retailers, housewares shops, cookshops, ironmongers and garden centres.