Have your say on the Offensive Weapons Bill

20th July 2018 News Comments Off on Have your say on the Offensive Weapons Bill 1,383 Views 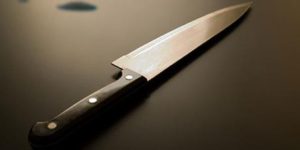 Do you have relevant expertise and experience or a special interest in the Offensive Weapons Bill, which is currently passing through Parliament?

If so, you can submit your views in writing to the House of Commons Public Bill Committee which is going to consider this Bill.

A post at www.parliament.uk reads: ‘The Public Bill Committee is now able to receive written evidence. The sooner you send in your submission, the more time the Committee will have to take it into consideration and possibly reflect it in an amendment.

The Bill covers three types of weapon – acid, knives and offensive weapons, and firearms – and is the Government’s legislative response to a Home Office consultation that ran between October and December 2017.

The key changes that the Bill would make are as follows:

Your submission should be emailed to scrutiny@parliament.uk

At the time of writing, an online petition launched to remove Article 15 of the Offensive Weapons Bill had garnered 20,276 signatures.