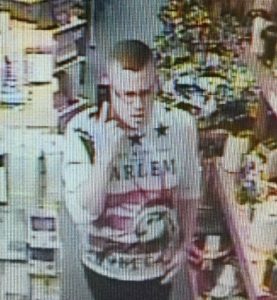 Police are on the hunt for a man after cash was stolen from The Lighthouse Cookshop in Hampshire 12 days ago.

The money was taken from the till of the store in Ringwood’s Market Place after a staff member was distracted. The incident took place on Thursday, July 13 at around 2.30pm.

Nick Hayward, who owns The Lighthouse Cookshop with his wife Emily, told www.HousewaresLive.net: “Thankfully the thief didn’t get away with much, but it was still a bit of a shock.”

Officers have now released CCTV images of a man they want to speak to as part of their investigation.

Anyone who recognises the man, or has any information about the incident, should call Hampshire Constabulary on 101, quoting reference ‘4417028822’, or call Crimestopper anonymously on 0800 555 111.