Haggis more popular than ever south of the border, says Tesco

26th January 2018 News Comments Off on Haggis more popular than ever south of the border, says Tesco 2,500 Views 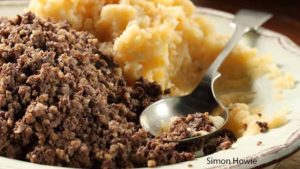 Demand for Scotland’s famous dish haggis is rocketing in England and Wales all year round, according to Tesco.

The supermarket chain said that after being approached by customers, it ran a trial last year selling haggis in English and Welsh stores all year round for the first time ever. The move has been well received by shoppers, with demand increasing by more than 60% in the last year.

The grocer predicts sales will soar even more over the next few days when Scotland and the rest of the UK celebrate Burns Night, which took place yesterday (Thursday January 25), in honour of the Scottish poet Robert Burns.

“But there was such a clamour for it that we ran a trial to stock it all year round and it’s become really popular, with England and Wales now accounting for more than 40% of the UK’s haggis sales.”