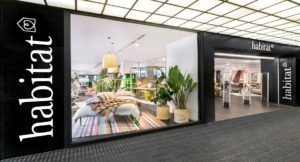 Following the success of its last campaign entitled ‘The Kiss’, ‘Habitat Voyeur’ broke last Wednesday (April 5) on Channel 4 and will run for one month.

Founded on the premise that people can’t help themselves from looking into the homes of others, the 30-second spot is shot from the perspective of a Habitat voyeur looking into somebody’s apartment.

Watching a woman and her dog as she frantically looks for the perfect outfit, the voyeur isn’t interested in the goings-on but is, instead, captivated by The Lyle Sofa.

Under the strapline ‘you can’t help but look’ the campaign reflects our nation’s obsession with interiors.

The push and forms part of an integrated campaign covering digital, in-store, and social media.

Jocelyn Dowden, head of marketing for Habitat, commented: “We know that customers love our brand for its statement pieces designed with a sense of fun, and we’ve created another stand-out campaign that celebrates this – and reflects our customers’ obsession with all things home and interiors.

“Following the success of [previous campaigns] ‘The Kiss’ and ‘Home Alone’, we’ve continued our investment in TV advertising to support the current expansion of the Habitat brand across the UK.”

Habitat operates three flagship stores in London and Mini Habitat stores across the UK, as well as www.habitat.co.uk. Habitat has been owned by J Sainsbury plc since September 2016.