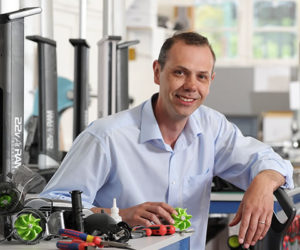 Gtech is set to become the new and exclusive sponsor of Channel 4’s BAFTA award-winning reality series ‘Gogglebox’, which returns at 9pm next Friday (February 23).

The idents, developed in house by Gtech, consist of a series of scenarios featuring Gtech ceo and founder Nick Grey settling down to watch ‘Gogglebox’’ and repeatedly being interrupted by his mischievous canine friends.

Off-air licensing included in the package means Gtech will benefit from access to a selection of the ‘Gogglebox’ households as well as the use of images and quotes from the show.

‘Gogglebox’ was Channel 4’s second biggest series of 2017, attracting an average audience of 3.5 million viewers per episode, a 14.6% share of the viewing audience and a 20.6% share of Channel 4’s key demographic of 16-34 year old viewers.

Gtech head of marketing Samantha Preece, said: “We’re delighted to be the new sponsor of ‘Gogglebox’. We feel there is a real synergy between Gtech, a much-loved brand, and one of the nation’s best-loved TV shows. We’re very excited at the opportunities that lie ahead, as we develop our relationship with Channel 4 and the ‘Gogglebox’ households.’’

Returning for its 11th series, the new run of ‘Gogglebox’ will continue to see some of Britain’s favourite opinionated TV viewers share more of their critiques of the week’s biggest and best shows.

Gtech (Grey Technology) is an independent British design company based in Worcester that aims to provide ‘the best-loved floor-care and garden products in the world.’

The firm has sold over £22 million products, including vacuum cleaners, garden tools and power sweepers, in more than 19 countries. In 2015 it received the Queen’s Award for Enterprise and it has been placed in The Sunday Times Virgin Fast Track 100 league table (that ranks Britain’s 100 private companies with the fastest-growing sales over their latest three years) in 2015, 2016 and 2017.