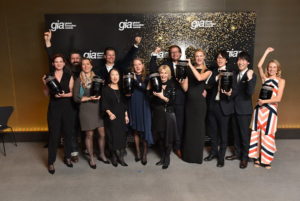 The gia programme was created by the IHA and International Home + Housewares Show to foster innovation and excellence in home and housewares retailing throughout the world. Since the launch of gia in 2000, there have been more than 430 retail award winners from 47 countries on six continents.

The competition is structured on a two-tier level: national and global. Retailers are evaluated on their overall mission statement, vision and strategy; store design and layout; visual merchandising, displays and window displays; marketing, advertising and promotions; customer service; staff training and innovation.

This year, 30 national gia winners from 29 countries were selected. All were automatically entered in the global competition, where a jury selected the final Global Honorees. The jury consisted of four retail/visual merchandising experts and seven editors and publishers of co-sponsoring housewares trade publications from around the world.

Both gia national winners and Global Honorees are being prominently featured at the International Home + Housewares Show, which ends tomorrow (March 5). There is a special display in the Hall of Global Innovation in the Lakeside Center Lobby, and large gia winner banners span the walkway connecting the Lakeside Center to the Grand Concourse.