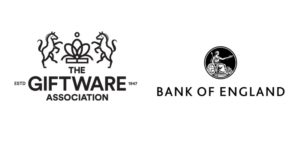 The Giftware Association (GA) is kicking off a series of ‘Hot Topic’ lunches with industry professionals with a debut event on July 2 at Farringdon in London with guest speaker Rob Elder, the Bank of England’s Agent for Greater London.

Rob joined the Bank of England in 1998, and for 12 years supported the Monetary Policy Committee as an economist and then senior manager. Between 2010 and 2012 he represented the UK on the board of the International Monetary Fund in Washington DC. When he returned, he worked in the Bank of England press office, and most recently, supported its Financial Policy Committee by running a team monitoring developments in the UK banking sector.

Rob previously worked as an economist and forecaster at HM Treasury, British Telecom and Manchester University.

GA said: ‘This will be a fantastic opportunity to meet and listen to a senior professional from the Bank of England. Rob will be discussing current initiatives before we open up the room for a discussion, followed by Q&As. It’s a great chance to network with your industry peers – as well as an intimate discovery of what the Bank of England is up to.’

Tickets to the lunch cost £60 +VAT each. For more information email enquiries@ga-uk.org or chris.workman@ga-uk.org