Get set for Father’s Day 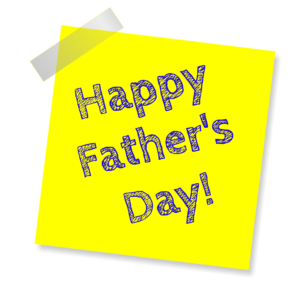 Tomorrow is Father’s Day (June 18) and spending on occasion-related gifts and food is forecast to grow by £3.7 million to a total of £695.2 million this year, according to data, analysis and solutions company GlobalData.

In the UK, Father’s Day is held on the third Sunday of June and serves as an opportunity to honour fathers and father figures, such as grandfathers, uncles and fathers-in-law.

But Dads are predicted to lose out on treats tomorrow, as statistics show shoppers spending half as much on Dads as they do on mums for Mother’s Day

As a result, the gap between Mother’s Day and Father’s Day widened, with total retail spend on Mother’s day in 2017 valued at almost £1.4 billion.

Eleanor Parr, retail analyst at GlobalData, said: “As consumers’ disposable incomes become squeezed due to real wage declines, consumers will be more reluctant to allocate discretionary spend on occasions which are considered less important – which will therefore drive a volume decline in the market.

“Father’s Day spending will become a victim of this trend, with the slight increase in spend driven prominently by increased prices, rather than shoppers’ willingness to upgrade their Father’s Day gift purchases. So the total spend will be predominantly driven by inflation, which in May was at a four-year high of 2.9%.”

Food gifting will be the category most affected by increased prices and as a result, is expected to grow by 1.4%. However, some of this price inflation will be offset by the increased competition at the value end of the grocery market, driving growth for these retailers.

Eleanor cites an example from supermarket chain Aldi, which is currently advertising the ‘Big Daddy’ 16oz rump steak for £4.99, competing with grocer Morrisons’ 16oz burger for £3 – both appealing to the Father’s Day food shopper on a budget.