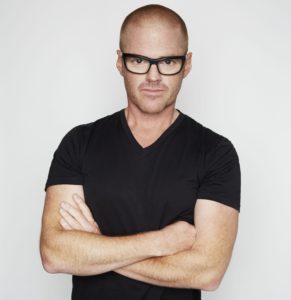 Waitrose will step back in time this Christmas with a taste of the 1970s, as the supermarket chain creates nostalgic Black Forest-inspired dishes for the festive period.

The retailer said: ‘Heston has taken a classic Italian panettone and given it a ’70s makeover. The cherry scattered bread is topped with dark chocolate and kirsch-soaked cherries.’

Also on shelves will be the Waitrose 1 Black Forest Venison Rack (£59.99/kg). Described as ‘the perfect turkey alterative for those looking for something different’ this is a French trimmed venison rack covered with cocoa nib, chestnut and sourdough crumb, and accompanied by a gravy and cherry sauce scented with orange and port.

Meanwhile, taking direct inspiration from the classic Black Forest gateau is the Waitrose Black Forest Sparkle Bar (£13). This dessert has notes of cherry and almond, a shimmering red finish and a rich dark chocolate mousse filling.

Waitrose executive chef Jonathan Moore commented: “It was back last October that we noted that foodie trends from the ’70s were set to make a resurgence.

“Flavours of Black Forest bring back fond memories for many of us, and they’re most definitely enjoying a revival. Chefs including Yotam Ottolenghi and Bruno Loubet of the Grain Store London have introduced dishes such as Black Forest Battenberg and Black Forest coupes to their menus.”

Continuing the chocolate theme, Waitrose has also revealed details of its twist to a festive classic: a chocolate mince pie, which will launch in shops for Christmas.

The grocer said: ‘Customers will love this unusual combination, which is made using an all-butter, crumbly, decadent chocolate pastry.

‘Inside each pie is a mincemeat made with crystallised ginger with a hint of citrus orange oil, to give a seasonal, festive warming flavour.’

The initial idea for the hybrid treat came from Waitrose product developers last year, who then got to work to find a recipe to balance all the flavours of a mince pie with chocolate.

Waitrose Bakery Buyer Rachel Aldridge commented: “Best served warm to release the aroma of chocolate and that distinctive festive smell of mincemeat, the mice pies are perfect paired with a cup of hot chocolate or mulled wine.”

The Waitrose Ginger Spiced Mince Pies with All Butter Chocolate Pastry will be priced at £2 for a pack of four.

Finally, Waitrose has plans for a ‘Prosecco turkey’: the Italian-Style Turkey Parcel (£35/1kg).

This is a hand-prepared boneless turkey breast basted with Prosecco for succulence, then stuffed with pork, veal and Italian herbs and topped with porcini mushroom butter and fresh sage under a pancetta lattice. The retailer claims the addition of Prosecco to the baste gives a slight acidity, which cuts through the richness of the stuffing and porcini butter.

“Shoppers are now hosting more than one Christmas – whether it’s with different sides of the family, or a festive get-together with friends – and alternative flavours and bastes for the turkey help to add something unique to the traditional meal.

“Prosecco adds a delicious dimension to the turkey baste. We’re sure our customers are going to love it.”

Waitrose launched a Prosecco Panettone in 2015 and had to double its orders last year to keep up with demand. The popular product will be available again this year.