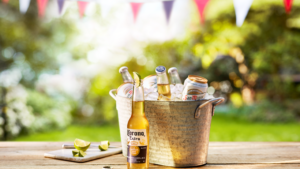 Four weeks of football action kicks off today (Thursday June 14) with the start of the World Cup in Russia.

Tesco predicts that over the course of the tournament, it will sell nearly 140 million bottles and cans of beer; more than 2 million pizzas; more than 60 million bags of crisps and related snacks (equivalent to 1,557 packets a minute or 26 per second); 75,000 giant screen TVs; nearly 20,000 flags; and more than 10,000 car hanging flags.

The supermarket chain’s beer, wines and spirits category director Rob Cooke said: “With summer around the corner and the excitement of the World Cup taking place over the next month, there will be a real party atmosphere across the country

The retailer has found that beer tastes have changed considerably since the 2014 World Cup: over the past four years, craft beer has rocketed in popularity by nearly 200%.