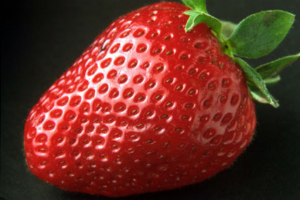 Lancashire growers have pulled off a coup by getting the first UK-grown strawberries of the year onto supermarket shelves in February.

The strawberries are on sale at selected Tesco stores from today (Tuesday February 28).

The grocery retailer said it’s believed to be one of the earliest ever arrivals for Britain’s favourite home-grown fruit, having been helped by a mild winter and the recent warmer temperatures.

The traditional British strawberry season runs from May to September but now it can last for up to nine months.

Traditionally the first British strawberries of the year are grown in the warmer climates of Kent, Sussex or Wales, but for the first time ever, they hail from Lancashire.

Tesco’s strawberry buyer Henry Maulik said: “This brilliant but rare opportunity for customers to enjoy English strawberries so early in the year is great news for shoppers.

Helped by the recent warmer temperatures, this is the first time in ages that UK strawberries grown for supermarkets have been picked in February.”

“Regarded as some of the best in the world, British strawberries tend to be sweeter, juicier and softer than those grown in other countries.

“The arrival of the first English strawberries marks the start of the UK fruit season, and is a great indicator that spring is just around the corner.”

Next week Tesco will also be stocking strawberries grown by S&A Produce, based in Herefordshire.