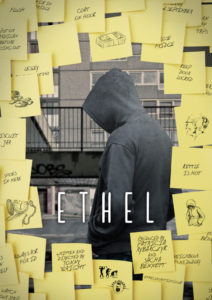 A short film starring BAFTA-award winning actress Miriam Margolyes OBE which explores Alzheimer’s disease is filming over three days next month – and the production company behind the project is calling on housewares brands to take part.

‘Ethel’ is inspired by the real-life experience of an elderly woman with Alzheimer’s and highlights the effect that the illness has on loved ones and the vulnerability it causes in sufferers.

Three Wise Monkeys Productions ceo Patricia Rybarczyk visited London trade show Exclusively Housewares last month and talked to brands there about taking part. “We had a really great response from the industry – I think it’s a subject matter that touches everyone,” she said. “For any company who supports the project with product for on-set use, or of course funding, we will announce that support using their logo across all of our social media, as well as an on the crowd-funding website Indiegogo and the film’s own website www.ethelshortfilm.co.uk. 10% of any money we raise towards the film will be going to www.BATFoundation.com, which has developed a drug-free Alzheimer’s table tennis therapy treatment.”

Housewares brands that have already signed up to provide products for the film include Simplehuman, Auteur with Bobble, Microplane, Stasher, The DRH Collection with BIA and GreenPan.

For more information on how to get involved in ‘Ethel’ contact Trish@3wmproductions.co.uk