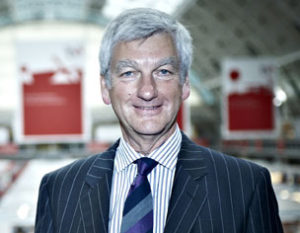 Brooke House Exhibitions, the organiser of annual trade fairs Exclusively Housewares and Exclusively Electrical, has announced that its director of sales, Patrick Wade, will step down from the role at this year’s shows in June.

Will Jones, chairman of Brooke House Exhibitions, said: “Patrick has made an invaluable contribution to the success of our shows since he joined us seven years ago.

“He has ensured a continuity of approach to our philosophy for Exclusively Housewares and played a pivotal role in the successful launch of Exclusively Electrical in 2015.

“We understand and respect the decision Patrick has taken to reduce his workload. His continuing role within the industry [as advertisement director of Max Publishing’s trade magazine Progressive Housewares] will ensure our successful relationship does not end here.”

Show director Simon Boyd added: “Patrick is hugely respected throughout the housewares sector, which was reflected in the well-deserved accolade he received at the Excellence in Housewares Awards, run by Max Publishing, last October.

“I have enjoyed working with Patrick over the past seven years and he will be a very hard act to follow. The team here wish him all the best for the future.”

Brooke House Exhibitions will now begin he task of recruiting a replacement and an announcement will be made prior to the shows.