Eric Knowles is the face of UK Sausage Week

9th August 2017 News Comments Off on Eric Knowles is the face of UK Sausage Week 2,136 Views 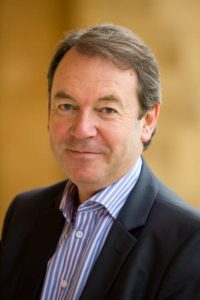 Eric Knowles has been confirmed as the celebrity ambassador for UK Sausage Week 2017.

He is a TV presenter and antiques expert whose main interest is in ceramics. His face is well-known to viewers of the BBC1’s ‘Antiques Roadshow’ and BBC2’s ‘Antiques Master’.

Eric said he was delighted to be involved with UK Sausage Week. He explained: “People often say to me: ‘I don’t know much about art but I know what I like!’ The same could be said about me and sausages. I wouldn’t claim to be a sausage expert but I certainly know a good one when I’m eating it.”

UK Sausage Week will run from Monday October 30 until Sunday November 5. The campaign has been designed by ‘Meat Management’ magazine to promote the UK’s sausages in a bid to boost trade this autumn.