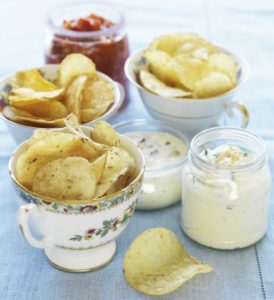 Divisional sales excluding fuel were up 4.2% at Waitrose last week (to Saturday July 7) compared with the same week last year.

“Fresh fruit and vegetables had their biggest week since Christmas. Sales overall were up 7.4%, with avocados up 17%, melons up 15% and salads seeing a 9% uplift.”

Lorraine added: “And last week we moved to 100% British cherries, which are expected to be in hot demand.” Waitrose will be stocking a variety of Waitrose cherries throughout the season, including Morello, Kordia, Lapins, Sweetheart and Regina – some of which have been produced by third-generation south-west family grower A R Neaves & Sons.

Sales of ‘crisps for sharing’ soared 48% at Waitrose last week