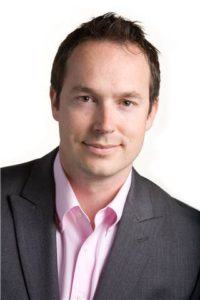 Will Symonds is well known in the global housewares industry due to his 16 years of service at DKB and his role on the board of directors of the International Housewares Association (IHA).

He joined DKB UK in 2003 as international sales manager and became responsible for all of DKB’s international sales in 2005. In 2010 he transferred to Irvine in California to become president of DKB USA, and has led the North American business to nine years of continuous growth.

As head of Manual Appliances, Will remains US-based but will share his time between the company’s offices in Farnborough (UK), Irvine (USA) and Shenzen (China), and key international markets.

Will has played a key role on the senior management team, helping to run the Manual Appliances business globally since 2005. He is supported on the team by Richard George (finance director), Grant Race (marketing director), Nick Hunt (director of design and development) and Nicolas Caillaud (head of international sales) – each of whom have over a decade of tenure.

Will said: “We will continue to follow our successful strategy of building world class brands by connecting with consumers and working closely with our retail partners in order to succeed in the new omni-channel retail environment.”

DKB Manual Appliances is an international housewares leader with a direct presence in UK, USA, Switzerland, China, Australia and New Zealand and trading relationships in over 60 countries.

With more than 200 employees worldwide, DKB Manual Appliances is known for its owned brands Zyliss (kitchen gadgets, knives, cookware), Cole & Mason (seasoning) and Culinare (kitchen gadgets), as well as its long-standing license partnerships with Jamie Oliver and Ken Hom. The company is 100% owned by the privately held Diethelm Keller Group, which is based in Switzerland.