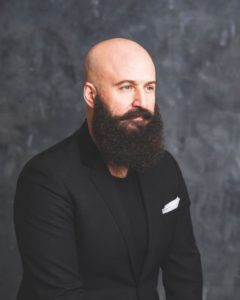 Steven will lead the business unit that oversees the organisation’s buying, design and merchandising divisions for these categories, as the retailer continues to implement its ‘Debenhams Redesigned’ strategy.

Debenhams said his appointment follows a global search and sees the department store chain ‘commence plans to structure the business around three units’: Beauty and Beauty Services, Fashion and Home and Food and Events.

Prior to his role at Holt Renfrew, which is a division of Selfridges Group, Steven was divisional vice president and general manager of apparel and accessories for Sears Canada. His retail, fashion and manufacturer experience spans a number of brands including Calvin Klein, Badgley Mischka, Polo Ralph Lauren, J. Crew and Nike.

Debenhams said: ‘In addition to a broad knowledge of department store retailing, Steven brings a passion for product and customer experience to the role.’

Steven commented: “I’m hugely excited to become part of the Debenhams team at this time of transformation. I look forward to leading the team in delivering both product development and a retailing experience which drives the ‘Debenhams Redesigned’ strategy.”

Debenhams CEO Sergio Bucher said: “Steven brings great credentials to the role and by organising under three business units, our managing directors will have more visibility and accountability for delivering the customer experience.  I look forward to welcoming Steven to the business and working with him to deliver ‘Debenhams Redesigned’.”

In May Debenhams appointed Sally Hyndman as HR director and Angela Morrison as technology and supply chain director. International director David Smith, who joined the organisation in February 2016, now takes the title of managing director, international.

Debenhams is an international department store retailer which trades out of 246 stores across 26 countries. The business serves over 19 million customers with over 5 million visits online per week and deliveries to 60 countries.