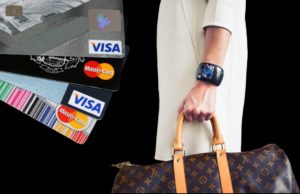 British shoppers spent almost £8.5 billion on credit cards over the festive season, according to a survey by price comparison and switching service uSwitch.

The research was carried out online between November 8 and November 16 among a sample of 4,024 adults.

When asked ‘if you intend to borrow, how much extra credit will you need this Christmas?’ the average of all responses was £452.39.

Nearly a fifth (17%) of respondents said they had gone over their Christmas budget, with costs such as the turkey dinner and gifts for loved ones pushing almost a quarter (22%) of people into debt.

Half said they believe they will still be paying off their debt next December, and one in 10 (8%) admitted that they are still paying off credit card debts from 2016’s Christmas spending..

With this in mind, uSwitch is encouraging consumers to take action now to ensure they have time to align their finances and lessen the burden – by doing things such as moving existing credit card debt to a card that offers 0% interest on balance transfers.

Tashema Jackson, money expert at uSwitch.com, said: “January should be a time for looking ahead, but up and down the country millions of Brits will be looking over their shoulder at the cost of their festive spending. Rather than try and forget about it, the best thing people can do is to make it a New Year’s resolution to tackle their debt head on.”