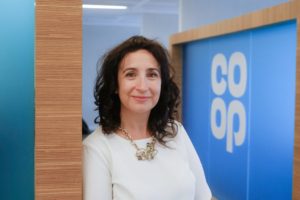 The supermarket chain took the decision to remove knives last month, so no Co-op stores now sell single knives. The retailer does not sell knife packs but does sell cutlery in selected stores, along with electric knives in electrical sections.

Jo Whitfield, ceo of Co-op Food, said: “Violence and crime damages the fabric of our society and as a responsible retailer, which is focussed on helping to protect colleagues and make our communities safer, we felt it was the right thing to do to remove from sale single knives.

“As a community-based organisation we see the impact on people’s lives and we’re committed to playing our part and doing all we can. It’s why we are a major supporter of the Respect for Shopworkers campaign and why we are using our own community fund to support causes which tackle the issue.”