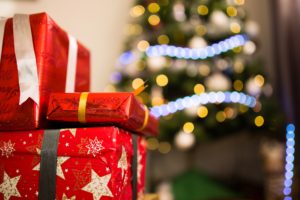 eBay UK has released data on festive season searches to help retailers in the home and garden category prepare for the winter sales peak.

The ecommerce retailer’s 2017 Christmas Tracker shows that home and garden shopping category starts as early as October and runs through until the first week of December.

Last year, early November signalled the point at which festive shopping ramped up in earnest, with searches for ‘Christmas’ on eBay.co.uk up 55% in the first weekend of the month.

The ‘peak’ period for the home, furniture & DIY category was around the second week of November.

And as the big day approached, consumers turned their attention from gifting to decorating their homes for the festivities. In the first weekend of December last year, searches across a range of decorative home and garden items increased dramatically; with interest in Christmas trees rising by 69%, searches for baubles and fairy lights jumping 87% and 60% respectively, and even searches for garden decorations increasing by 82%.

Chris Gardner, head of business development for home & garden at eBay commented, “For most retailers, the final quarter of the year tends to be the busiest, dominated by Black Friday sales and the Christmas rush. But with consumers facing an almost infinite choice of goods and sellers, it’s never been more important to stand out from the crowd.

“Our data shows that shoppers are thinking about Christmas as soon as they’ve packed away their barbecues, but that interest is still strong right up until the final weeks before the festivities.

“Retailers need to plan carefully for the period, taking into consideration the different waves of consumer spend and ensuring inventory is stocked accordingly, to avoid falling short at the crucial moment.”