Christmas orders roll in for Waitrose

11th December 2018 News Comments Off on Christmas orders roll in for Waitrose 2,071 Views 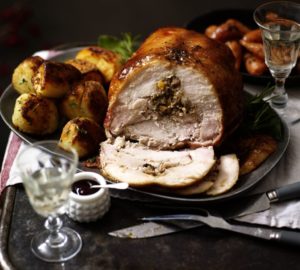 Total sales excluding fuel at Waitrose & Partners were down 2.5% last week (to Saturday December 8) against the same week last year which, according to the supermarket chain, saw more widespread promotional activity.

Customer director Martin George said: “Christmas orders were higher this year compared to the same period in 2017. And as the big day draws nearer and people prepare to welcome friends and family members to their homes, turkey foil sales increased by 16%, cheese counter sales were up by 19% – and household cleaning products were up 6%.”

He added that last week the retailer announced the start of a three year trial at its farm in Leckford, Hampshire, with the agri-tech start-up Small Robot Company to test autonomous farmbots. ‘The business is developing harvesting robots that aim to increase efficiency and precision, whilst freeing up agricultural workers to perform other important roles,’ he said.

The Leckford Estate, which grows produce for Waitrose & Partners including mushrooms, rapeseed and apples, will see three small robots – Tom, Dick and Harry – learn and test their state-of-the-art farming technology on a one-hectare wheat field.