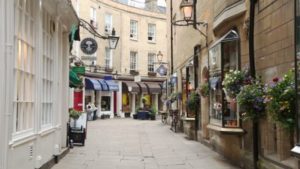 Cambridge has topped a league of 1,000 best-quality retail centres across Britain, with Westfield London in second place and Knightsbridge third.

This is measured through a combination of the proportion of up-market shops, value-led shops, ‘undesirable’ shops (such as pawnbrokers, money lenders and bookmakers) and the vacancy rate.

These variables are compared with the demographic composition of the centre’s catchment area. A greater score is given to areas whose retail mix is optimally adapted to the local community.

Greater London still dominates the national retail scene while Birmingham and Glasgow are the most improved centres near the top of the ranking, as both have benefited from new retail developments.

Brent Cross has fallen out of the top 50 as a result of the preparation for works to modernise and expand the shopping centre. HDH predicts this drop will be temporary and the centre will increase its score upon completion within the next five years.

The least ‘vital’ centre is Shields Road at Byker in Newcastle-upon-Tyne, where 19.6% of retail floorspace is unused: up 11% in the past five years. The retail mix on Shields Road is dominated by ‘undesirable’ retail.

“Smaller centres are of increasing interest to retailers, given rents are often highest in the largest centres.

“So a small centre with a high vitality score – and the right shopper profile – could potentially yield strong profits.”

Retail parks and outlet centres are excluded because ‘their remote locations mean they are not intrinsically linked to the local area, so their health does not impact the community in the same way’.

Share
Previous ‘Grand Designs: House of the Year’ returns for a third series
Next The Giftware Association commemorates 70 years