Brits stock up on heatwave goods as BBQ fever continues 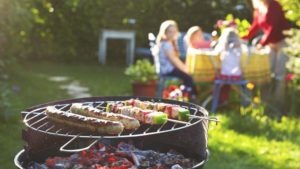 England’s World Cup trail and the heatwave moving into its third week has seen Brits continuing to host al fresco BBQ parties this week, according to Tesco.

The supermarket chain reports that the high temperatures have created huge demand for BBQ food, beer, wine as well as ice and electric fans to keep cool.

Based on last week’s sales, Tesco predicts the following demand for this week:

Tesco ice cream buying manager Sonia Morland said: “The all too rare combination of Mediterranean weather and England progressing to the last four of the World Cup created a contagious feel good factor that is sweeping the country.

“Many people have switched their shopping habits and are continuing to enjoy BBQs in their gardens, as they make the most of the fantastic weather.”

Share
Previous Take part in July/August issue of Housewares Magazine
Next The hottest drink trend of the summer?