3rd July 2017 News Comments Off on Brits list their most treasured appliances 1,806 Views 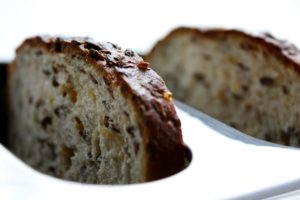 Britain has become a nation reliant on small electricals, unable to carry out basic tasks without the help of an appliance, according to new research.

A survey of homeowners carried out by retailer AppliancesDirect.co.uk has revealed the top five tasks that Brits would struggle to perform without an appliance.

When it comes to our most treasured appliances, washing machines topped the list with 24% of votes, closely followed by ovens (23%), kettles (20%), TVs (18%) and microwaves (15%). Mark Kelly, marketing manager at AppliancesDirect.co.uk, commented: “Appliances have become an integral part of the home and while they definitely make everyday tasks a lot easier, it’s amazing to see how many people say they wouldn’t be able to make a cup of tea, or even dry their clothes, if their appliance packed in.

“Advances in technology mean household tasks such as cooking are likely to get even simpler. That said, Brits should ensure they know how to do basic things such as boil water and wash their clothes, in case their appliances break or there is a power cut.”

Millennials (those aged 18 to 30 years old) are the generation that would fare worst if they had to do without electrical appliances in their home.

Among the genders, women say they value basic appliances such as ovens, while men are far more likely to go for job-specific equipment like handheld vacuum cleaners or coffee makers.

AppliancesDirect.co.uk is the specialist appliance division of the BuyItDirect Group.