Britain’s greatest invention? The fridge, according to Giles Coren

9th June 2017 News Comments Off on Britain’s greatest invention? The fridge, according to Giles Coren 3,829 Views 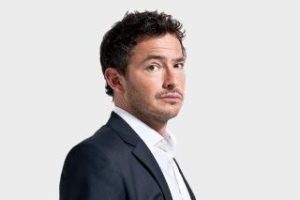 Seven celebrities are set to battle it out to reveal Britain’s greatest invention live on BBC Two next week.

‘Britain’s Greatest Invention’ will be broadcast on Thursday June 15 from 8.30pm to 10pm.

Giles Coren, Len Goodman, Angela Rippon, David Harewood, Angela Scanlon, Nick Knowles and Sir Trevor McDonald will each champion one object in their bid to persuade the BBC Two audience to vote for the invention they are endorsing and see it win the title of Britain’s Greatest Invention.

The programme, which is produced in partnership with The Open University, will be broadcast live from the Science Museum Group’s vast stores: eight aircraft hangers near Swindon containing some of the UK’s most cherished inventions.

Presented by Dr Hannah Fry and automotive engineer Ant Anstead, the winning invention will be revealed at the end of the live programme and will go on to be celebrated in the Science Museum itself.

Food critic and journalist Giles Coren will champion the humble fridge for the crucial role it plays in how healthy we are. Train enthusiast and presenter Len Goodman will be an ambassador for the stream engine, and will explore how steam turbines still generate 80% of the world’s power.

Angela Rippon will sing the praises of antibiotics, which have saved more than 200 million lives since their invention, whilst for actor David Harewood the jet engine, that keeps almost one million people in the air at any one time, is the most significant revelation of modern technology.

For ‘Robot Wars’ presenter Angela Scanlon, the mobile phone is the winning invention because it uses a collaboration of multiple technologies, many of which are British, and sees us each using it for an average of 305 minutes per day.

For Nick Knowles, concrete is the most used material on earth and therefore deserves to win the title. And Sir Trevor McDonald is backing the television; when growing up in Trinidad it inspired him to pursue a career in broadcasting that has spanned four decades.

Competing in front of a live studio audience, and surrounded by objects from the Science Museum Group’s collections, each ambassador will champion their invention as the most influential, inviting the BBC Two audience to vote for their favourite during the live show.

Viewers will be able to vote by phone or online at http://bbc.co.uk/invention on the night.