BRC comments on the Queen’s speech 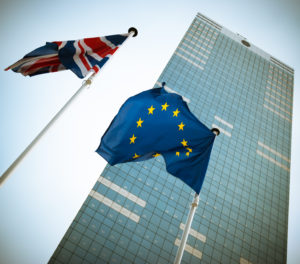 A host of proposed new laws designed to prepare the UK for a departure from the EU were announced in the Queen’s Speech, delivered on June 21.

Helen Dickinson OBE, chief executive of the British Retail Consortium (BRC), commented: “In very uncertain times, retailers will be encouraged that the Government is seeking to reach out to business.

“It’s right to focus on Brexit. The retail industry’s biggest priority is to work alongside the Government to secure a fair Brexit for consumers.

“This means ensuring that ordinary shoppers aren’t hit with the cost of unwanted new tariffs and the UK is able to build new trading relationships with the rest of the world in the long-term.

“In particular, we will seek to work with the Government on the new Trade Bill, which will help in the development of international trade relationships, and the Immigration Bill.

“Employers throughout retail must be able to secure their current workforce and fill vacancies in the future. To do this, the Government must secure the rights of EU nationals living and working in the UK at the earliest possible opportunity during the withdrawal negotiations with the EU.

“We will also seek to work with the Government to design a new immigration policy that balances the need to control numbers with businesses’ requirements for non-graduate labour to fill vacancies.”

On the National Living Wage:

“Retailers support the introduction of the National Living Wage but are clear that further increases must be moderate, taking into account broader economic conditions. Reforming the technical skills system is a welcome step in tackling the UK’s skills shortages.

“It’s encouraging that the Government is moving ahead its Industrial Strategy. At the last general election, all three political parties committed to fixing the broken business rates system and this has the strong support of the industry. Although this wasn’t a part of the Queen’s speech, it’s essential that the government conducts a full review of the business rates system and puts in place a system for the 21st century that does not pit online against offline or large against small. We will seek to work with the Government to look again at the Business Tax Road Map to ensure fairness and incentivise growth and investment.”