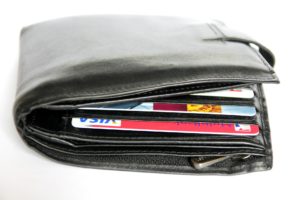 Debit cards have overtaken cash as the dominant payment method in the UK, according to a study released today (Tuesday July 12) by the British Retail Consortium (BRC).

Commenting on the findings revealed in the annual payments survey, BRC policy adviser – payments & consumer credit Andrew Cregan said: “For the first time, cards account for more than 50% of retail purchases in the UK, as more consumers are choosing to use their cards to pay for low value, everyday visits to the shops.

He said one of the reasons for this growth in card payments is that a growing number of retailers have invested in new technology to accept cards, contactless payments and new payment apps on phones and wearable devices. “This has all given customers more choice in how they chose to pay for goods,” he pointed out.

Andrew noted that this investment has in part been boosted by savings of around £500 million for retailers and their customers from the Interchange Fee Regulation (IFR). This was introduced across the EU following a successful campaign by the BRC. The IFR caps some of the fees for handling credit and debit card transactions.

But despite these savings, the burden on businesses is still high. Retailers spent over £1 billion last year to accept payments from customers – and the cost of processing cards remains high, particularly for credit cards.

Looking ahead, Andrew suggested: “The Government should act to retain the benefits of the IFR for retailers and their customers after the UK leaves the EU.

“It should also introduce further regulatory action to address the alarming increase in other card fees and charges, at a time when the retail industry is facing acute cost pressures elsewhere.”

The BRC survey also revealed that retail customers are now less reliant on credit. Retail spending on credit cards has fallen and represents a diminished share of retail purchases by value. BRC said this shows that consumers are borrowing less for day-to-day purchases, in contrast to wider growth in unsecured consumer lending in the UK.

The BRC survey data is based on a sample from 50% of the retail industry. It looks at the methods of payment that UK shoppers are using when buying goods in store and online, how this differs from previous years, and the average cost to the retailer for handling each method of payment.