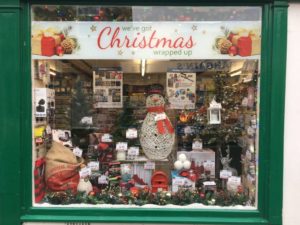 Home Hardware has announced that Box of Allsorts at Shaftesbury in Dorset has won its annual Christmas Window Dressing Competition.

The runner-up prize was awarded to Danum Home Hardware in the South Yorkshire town of Doncaster.

All Home Hardware retailers were invited to participate in the competition, which was judged by an independent panel, and Home Hardware described the overall standard of entry as ‘exceptionally high’.

Home Hardware is a dealer-owned wholesaler and buying group, which is the largest voluntary organisation of its kind in the UK. It is owned by its retail members, which comprise over 400 independent hardware retailers, housewares shops, cookshops, ironmongers and garden centres.

The Devon-based company provides national distribution from its two distribution centres at Barnstaple and Bedford.