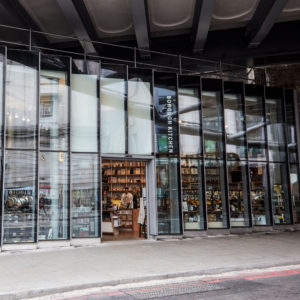 Following the terror attacks in London last Saturday, Borough Kitchen cookshop on Borough High Street has confirmed that it has reopened.

The attacks centred on London Bridge and Borough Market. The Market was sealed off by police until yesterday (Wednesday, June 7), when the shop began trading again.

Owners Justin Kowbel and David Caldana said: “We would like to thank our customers and friends for their concern over the past several days. Our team members from the Borough Market shop are all accounted for and safe.

“Our thoughts are now with all of the victims of this attack, including our neighbours within Borough Market and their employees, friends and patrons.

Borough Kitchen caters to the ‘urban at-home chef, providing everything that’s needed for entertaining, from the kitchen to the table’. The premises at 16 Borough High Street opened in September 2013.

In May 2015, a second location followed at 1 Hampstead High Street in north-west London, followed by the relaunch of Borough Kitchen’s online shop at www.boroughkitchen.com.

In April 2016, a third branch made its debut at 186 Chiswick High Street in west London.

Borough Kitchen is the winner of two categories of The Housewares Innovation Awards 2017, organised by Housewares Magazine and www.HousewaresLive.net: Best Independent Cookshop and Best Rising Star.