Blue Planet spin-off to make a splash next month

12th February 2019 News Comments Off on Blue Planet spin-off to make a splash next month 1,338 Views 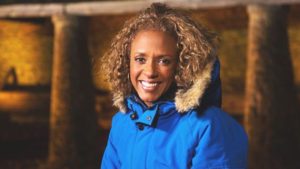 Dan McGolpin, controller of BBC Programming & Daytime, has announced several factual commissions to join a line-up of titles for daytime on BBC One debuting in 2019.

The new commissions include ‘Blue Planet UK’ that will focus on the UK’s marine wildlife and go beneath the surface to reveal what exists in our nation’s seas. Due to air next month, the week-long documentary series will be presented by Gillian Burke (pictured) and Steve Brown with Chris Packham.

Across the week, the programmes will feature the latest in science, conservation and fishing to offer a health check of our seas. The presenters will dip their toes back in history to see what used to live in British waters and explain how people have influenced what’s living there today.

‘Blue Planet UK’ will also follow up on the huge global impact of ‘Blue Planet II’ to look at how our own lifestyles affect the future of our oceans. The broadcaster said the programmes ‘will offer audiences practical solutions for how to get involved around the country and tackle plastic pollution’.

‘Blue Planet UK’ will sit alongside the range of already-announced programmes for daytime this year. These include factual entertainment series ‘The Customer Is Always Right’ presented by Lucy Alexander, which follows budding entrepreneurs from across the UK as they try to make a success of their inventions (from home and garden tools and pet accessories to health and beauty products and children’s gadgets); new home design show Best House In Town, in which proud homeowners who go the extra mile to make their houses stand out from the crowd will compete, with the judging done by their knowledgeable ‘nosy neighbours’; and new arts programme Home Is Where The Art Is fronted by Nick Knowles, in which amateur artists will compete to win a special new commission for one paying homeowner.