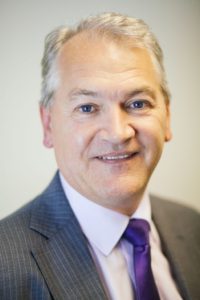 The British Independent Retailers Association (bira) has appointed Andrew Goodacre as its new ceo. He will replace Alan Hawkins, who retires after 33 years with bira.

Andrew has been ceo of the Residential Landlords Association (RLA) since 2013 and previously held a senior position at the Federation of Small Businesses (FSB). Before that, he worked in the hospitality sector.

Bira said: ‘Having increased membership at the RLA and implementing campaigns that raised the profile of small businesses with national and local governments at the FSB, the committee behind Andrew’s appointment are confident they have the right person for the role.’

On making the selection, Chris Patterson, owner of Pattersons Catering and Cleaning Supplies in Bristol, who led the recruitment committee, said: “Andrew’s appointment comes at a crunch point within retail. With the rise of online shopping, the disproportionate and unfair business rates system, and the ever-increasing pressures on retailers – alongside Alan’s retirement – now, more than ever we need strong leadership from our trade association.

“Andrew’s rich experience of lobbying government and increasing membership levels will help put bira at the centre of the High Street debate, while his relaxedand collaborative style will encourage engagement from both members and staff alike to ensure independent retailers cannot just survive, but thrive once more.”

Commenting on his appointment Andrew said: “I’m excited by the opportunity to be the new ceo. Bira has a strong history of supporting independent retailers – and these retailers need our help and support more than ever. I will work hard to bring stability to bira, building on its strengths and using all my experience to grow the membership.”

Andrew will begin his role formally in October, after a month as ceo designate working alongside Alan. He will be relocate from Lancashire to be based close to bira’s offices in Birmingham.