Bira lays out priorities ahead of General Election

21st April 2017 News Comments Off on Bira lays out priorities ahead of General Election 1,898 Views 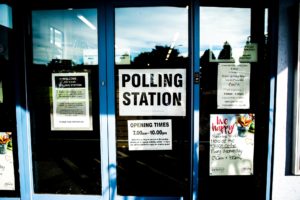 Following the news on Wednesday (April 19) that MPs overwhelmingly backed Prime Minister Theresa May’s call for a snap general election on June 8, the British Independent Retailers Association (bira) has made a statement.

The organisation said it ‘looks forward to all political parties setting out their manifesto pledges in the days to come, and hopes that all parties pledge their support for the independent retailer’. Bira ceo Alan Hawkins commented: “It was a comfort to the sector when Local Government Minister Marcus Jones said the UK needs ‘thriving high streets, strong independent retailers and local economies that match the exceptional growth that UK plc has experienced since 2010’.

“However, this needs to be followed up with clear action if small businesses are to support the current administration through this election.

“We believe business rates are fundamentally unjust for independent retailers, and that political parties should commit to implementing a business rates threshold.

“This would not only benefit businesses, but would also mean the government would not have to spend valuable time rolling out schemes like the £300m discretionary fund, which will have minimal effect overall. “It will also be important for the political parties to commit to a serious review regarding parking.

“Of course, bira is pleased that the DCLG (Department for Communities and Local Government) supported the Private Member’s Bill by Conservative MP David Tredinnick to make it easier for English councils to lower parking charges at short notice – and that councils will only be able to increase the fees after consultation.

“However, this did not deal with the more strategic issues around how better implementation of parking provision could also help increase footfall for local businesses. “We don’t believe that the minimum wage and living wage rates should be used as a bargaining tool to gain votes at the expense of hard-working entrepreneurs and independent businesses.

“We will therefore encourage all parties to allow the Low Pay Commission to lead an independent process of setting wage rates, so workers are rewarded for their endeavours, and businesses can continue to succeed and provide the jobs that people need. “Finally, bira wants to impress on all political parties that stability for this sector is needed.

“After all, whilst the retail sector currently accounts for 5.7% of gross domestic product, this is not guaranteed to continue in the future – unless an incoming government helps ensure Britain will not be hit with a stalling economy, rising prices and a weak pound sterling, by doing all they can to help businesses and entrepreneurs thrive.”